“According to Bavinck apologetics cannot precede systematics. A true apologetics, he says, presupposes dogma. 5 There is in Christian dogmatics no place for reason as an agency by which, independently of the truth of Christianity, a natural theology may be established. The Roman Catholics are mistaken when they seek to work out a natural theology independently of Scriptures. There was a time, says Bavinck, when Reformed theologians also fell into this mistake. So, for instance, S. Van Til divided his work on theology into two parts, one dealing with natural and one with revealed theology. 6 But all this, says Bavinck, was due to false philosophical influences upon theology. He wants to return to the position of Calvin for whom Scripture was the eyeglass through which the Christian should read the book of nature. 7 “Originally natural theology did not serve the purpose of gradually leading up to revealed theology. In studying natural theology, theologians did not provisionally adopt the position of reason in order by reasoning and proof to climb up to the position of faith. On the contrary, the theologian stood upon the position of faith and in the attitude of faith looked upon nature, and thus with his Christian eye, and by means of Scripture, he would find traces of that God which from the Scriptures and through Christ he had learned to know as his heavenly Father.” 8 To this he adds: “Even if there is a knowledge of God through nature, this does not mean that there are two principles in dogmatics. Dogmatics has only one principium externum, namely, the Scriptures, and only one principium internum, namely, the believing reason.” 9 – Cornelius Van Til, An Introduction to Systematic Theology, Chapter 5, A. The Position of Herman Bavinck 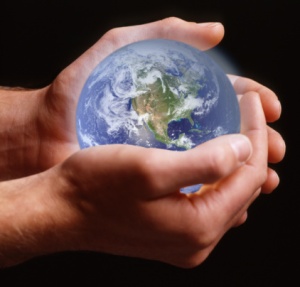 Worldviews, everyone has a worldview, whether they know it or not, whether spoken or unspoken, whether informal or formal. Most everyone is comfortable in their worldview, enough to defend their views when put on the spot. There are not many solipsists in reality. Most people believe they are right about their worldview. But considering the differences and contradictions, how many worldviews can actually be right? This is not to say that there are not grains of truth in different worldviews, but when I ask how many worldviews can be right, I am referring to the most basic presuppositions which make up a worldview, people’s answers to the “big questions” in life, like the question “does God exist?” This may come as a surprise, but when we talk about reality, and actuality, there is only one perfect worldview, and that is God’s worldview! Why or how? Because He is the Creator of everything, because He is omniscient, His perception of reality is perfect and complete lacking nothing. How can we know about God’s view of the world? We can know objectively through the inspired, infallible, inerrant revelations from God preserved in the writings of Sacred Scripture. We know subjectively through illumination given by God the Holy Spirit in reading the objective Word of God. So the foundation of the Christian worldview is the Bible, and because the Bible represents God’s view, we must set God’s worldview over and against non-believing worldviews. You see my friends, either Christianity is true or it is not, there is no “probability” about it. None of the writers of Scripture speak of their faith in God in a terms of probability. Would the apostles have suffered and given their lives up for a God they thought might exist, or probably, most likely exists? Absolutely not!

To the Romans the Apostle Paul declares:

“Yet in all these things we are more than conquerors through Him who loved us.For I am persuaded that neither death nor life, nor angels nor principalities nor powers, nor things present nor things to come,nor height nor depth, nor any other created thing, shall be able to separate us from the love of God which is in Christ Jesus our Lord.” Romans 8:37-39 (NKJV)

To the Colossians the Apostle Paul writes:

“that their hearts may be encouraged, being knit together in love, and attaining to all riches of the full assurance of understanding, to the knowledge of the mystery of God, both of the Father and of Christ, 3 in whom are hidden all the treasures of wisdom and knowledge.” Colossians 2:2-3 (NKJV)

To the Philippians the Apostle Paul writes:

“I thank my God upon every remembrance of you,always in every prayer of mine making request for you all with joy,for your fellowship in the gospel from the first day until now,being confident of this very thing, that He who has begun a good work in you will complete it until the day of Jesus Christ;” Philippians 1:3-6

Finally, “Now faith is the assurance of things hoped for” Heb 11:1 (ESV)

Worldviews in Collision: At War with the World I – Part: 1 of 2: DOWNLOAD

Worldviews in Collision: At War with the World II – Part: 2 of 2: DOWNLOAD

At War With The Word – The Necessity Of Biblical Antithesis Transcript

In 1985 at the University of California, Christian Dr. Greg Bahsen debated atheist Dr. Gordon Stein. The title of the debate is simply “The Great Debate: Does God Exist?”, and for us Christians the debate lived up to the greatness in the title. This is now considered a “classic” debate, and one we can all learn from.

Notice at the beginning of the debate Dr. Bahnsen say’s:

“It is necessary at the outset of our debate to define our terms; that is always the case.  And in particular here, I should make it clear what I mean when I use the term “God”.  I want to specify that I’m arguing particularly in favor of Christian theism, and for it as a unit or system of thought and not for anything like theism in general, and there are reasons for that. The various conceptions of deity found in world religions are in most cases logically incompatible, leaving no unambiguous sense to general theism – whatever that might be.  I have not found the non-Christian religions to be philosophically defensible, each of them being internally incoherent or undermining human reason and experience.

Since I am by the grace of God a Christian, I cannot, from the heart, adequately defend those religious faiths with which I disagree. My commitment is to the Triune God and the Christian world view based on God’s revelation in the Old and New Testaments. So, first I am defending Christian theism.” –Apol_Bahnsen_Stein_Debate_Transcript

One “classic” moment during the debate occured during the cross examinations…

Bahnsen:  I heard you use “logical binds” and “logical self-contradiction” in your speech .

You did say that?

Bahnsen:  Do you believe there are laws of logic then?

Bahnsen:  Are they universal?

Stein:   They are agreed upon by human beings not realizing it is just out in nature.

Bahnsen:  Are they simply conventions then?

Stein:   They are conventions that are self-verifying.

Bahnsen:  Are they sociological laws or laws of thought?

Stein:   They are laws of thought which are interpreted by man.

Bahnsen:  Are they material in nature?

Stein:   How could a law be material?

Bahnsen:  That’s the question I’m going to ask you.

Stein:   Dr. Bahnsen, would you call God material or immaterial?

Stein:   What is something that’s immaterial?

Bahnsen:  Something not extended in space.

Stein:   Can you give me any other example, other than God, that’s immaterial?

Bahnsen:  The laws of logic.

Before I point out objections, let me just say that the Rev. Matt Slick is the owner of CARM (Christian Apologetics Research Ministry), he is a Calvinist, and a man I greatly respect and have admired for many years. I really do appreciate his intentions in the video, and I appreciate how he articulates the gist of TAG  providing an understandable explanation and provides a number of answers to common objections in a short period of time. Admittedly the clip is short, however, there are a couple of weaknesses to the version of TAG he presents in the video, although they are not weaknesses per say to the audience he is addressing, the issues remain.

My first objection is that Rev Slick does not start or begin with the existence of God, rather in the video his starting point is logic, thus the method he uses in the video is “rationalism”, or “classical apologetics”.

My second objection is the limited audience, he addresses atheists, which is fine so far as it goes, but using his method, this means any believer in a god or gods can claim the valid use of TAG, and this is not so my friends! So the atheist may soften their position to agnosticism and ask the old question, “assuming you’ve proved a god exists, which God exists, how can we know which one?”

Anyway listen for yourself, and let me know what you think.